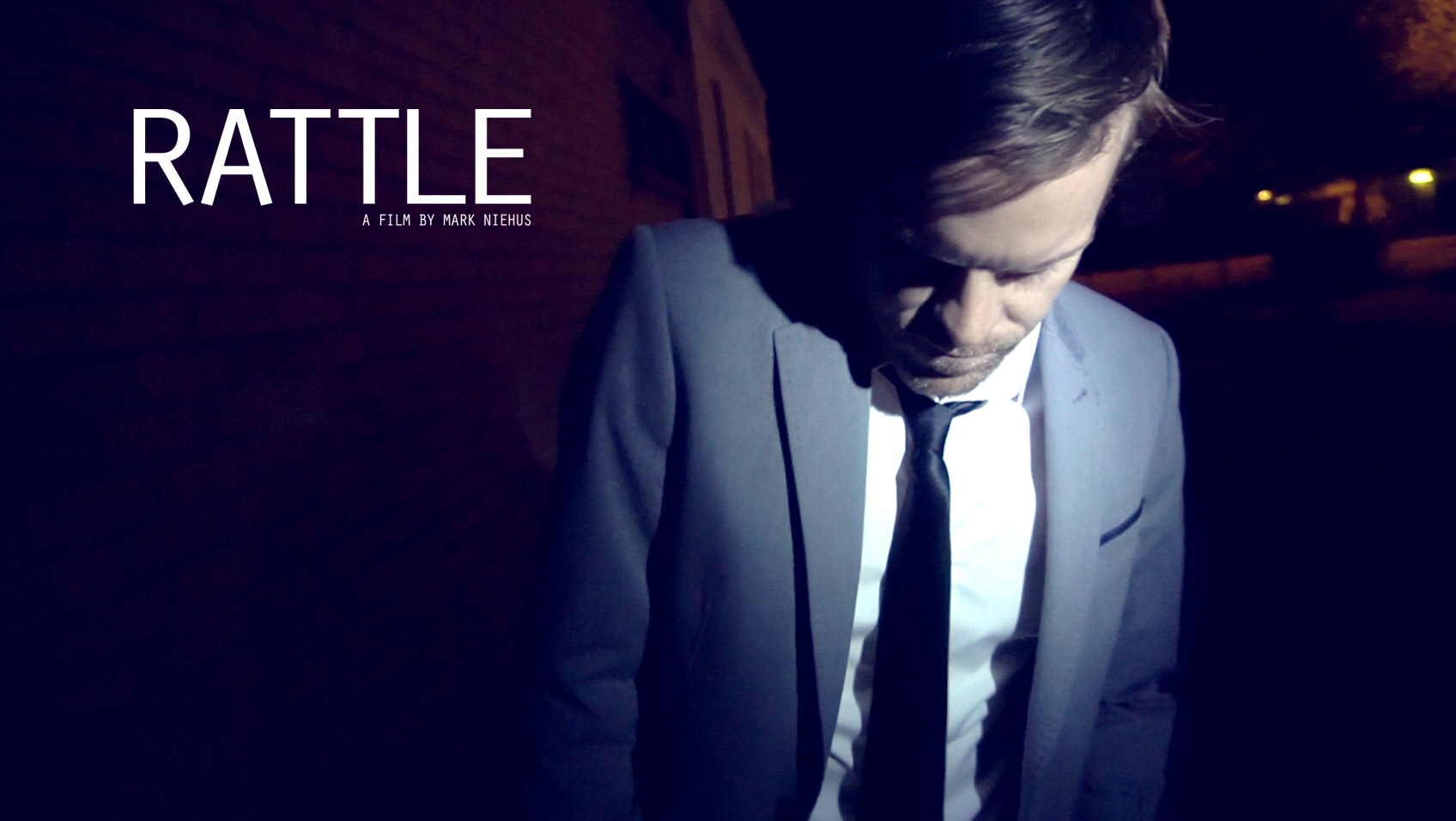 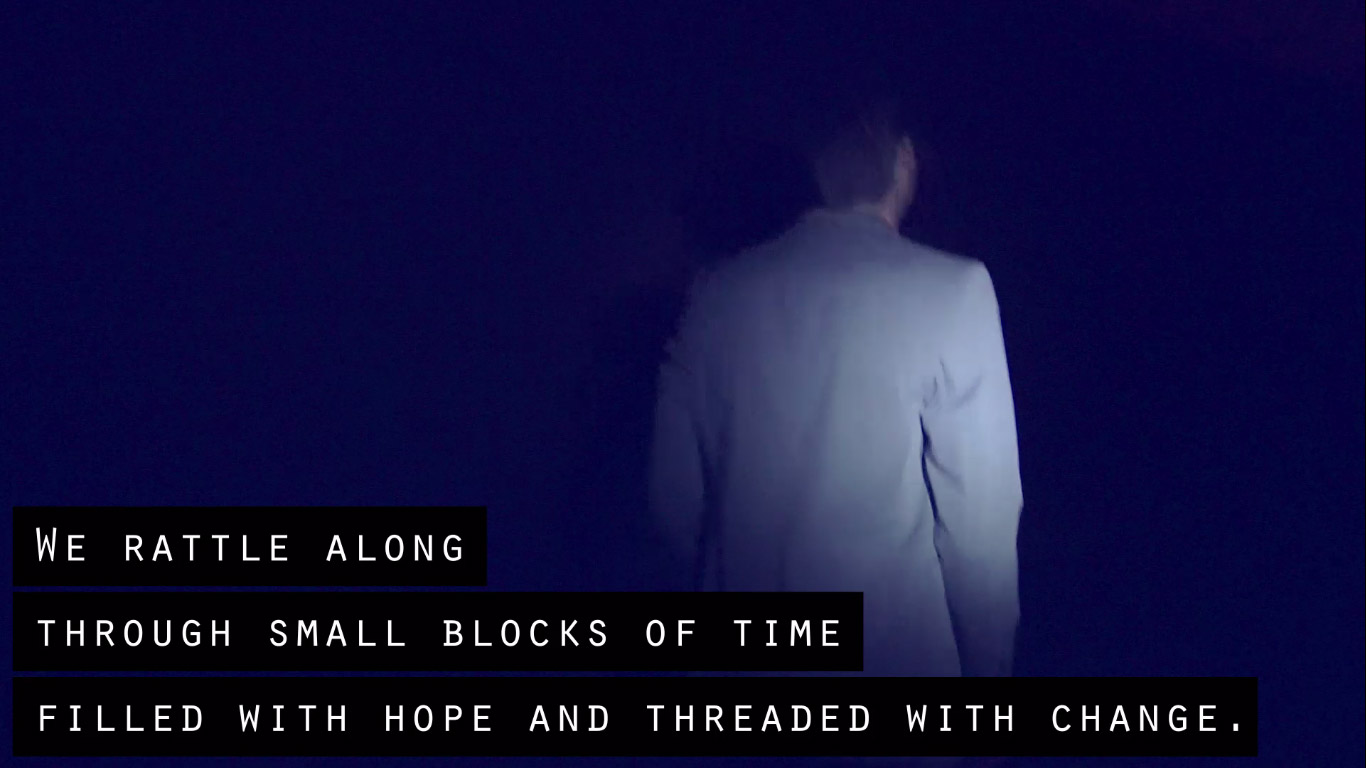 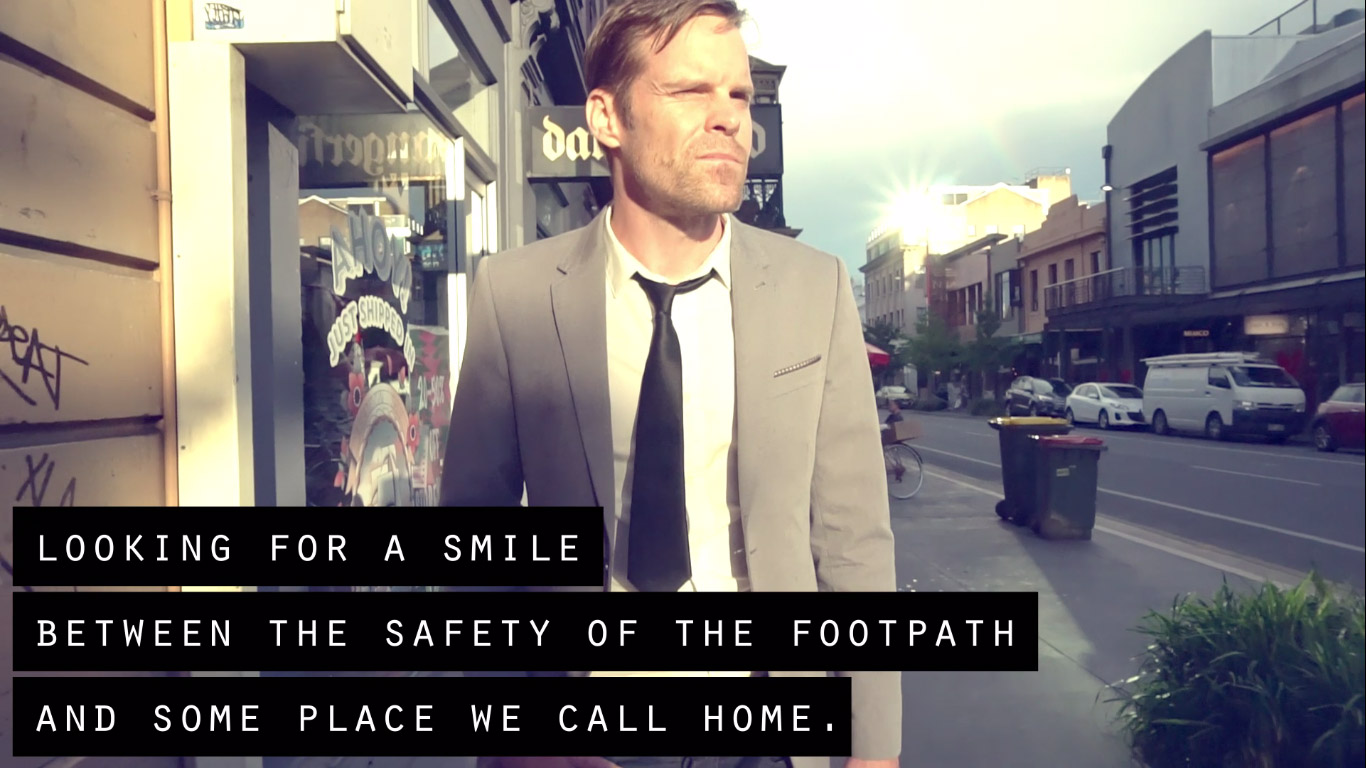 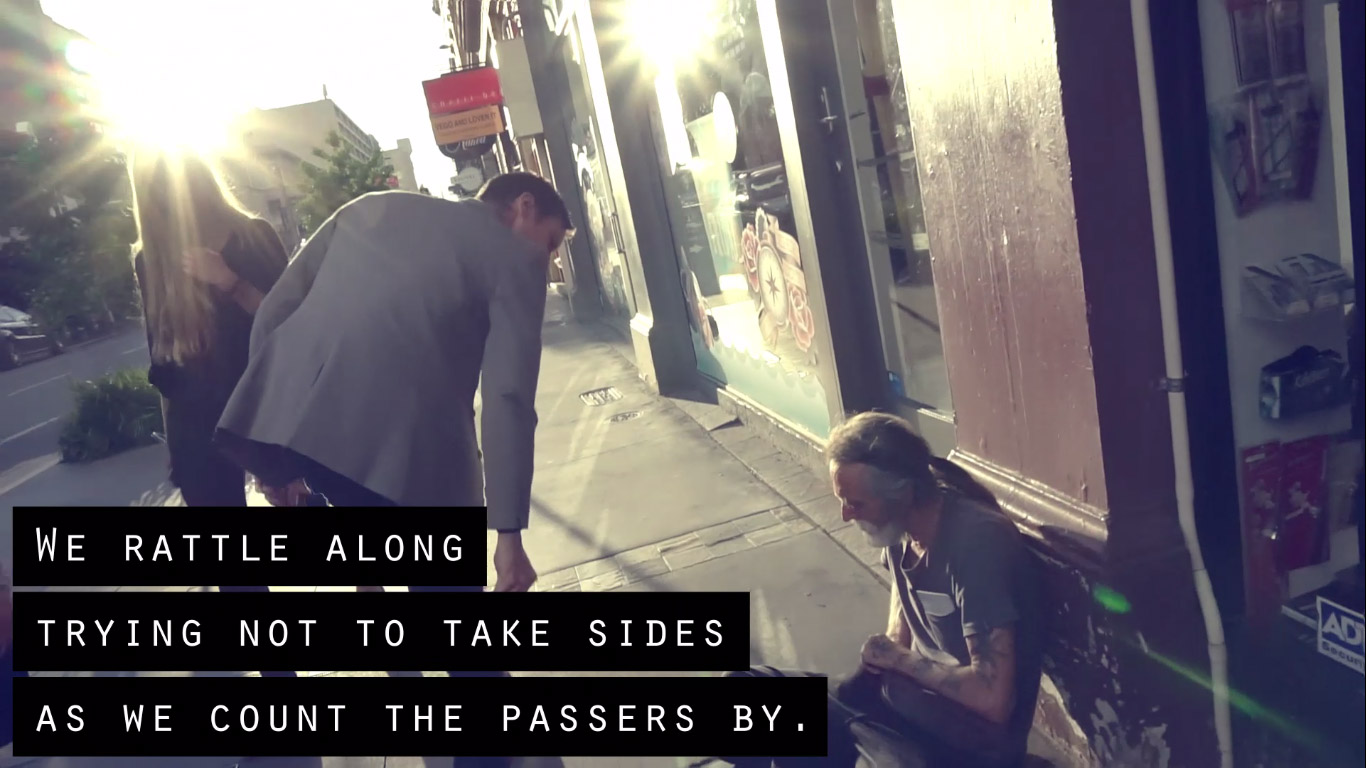 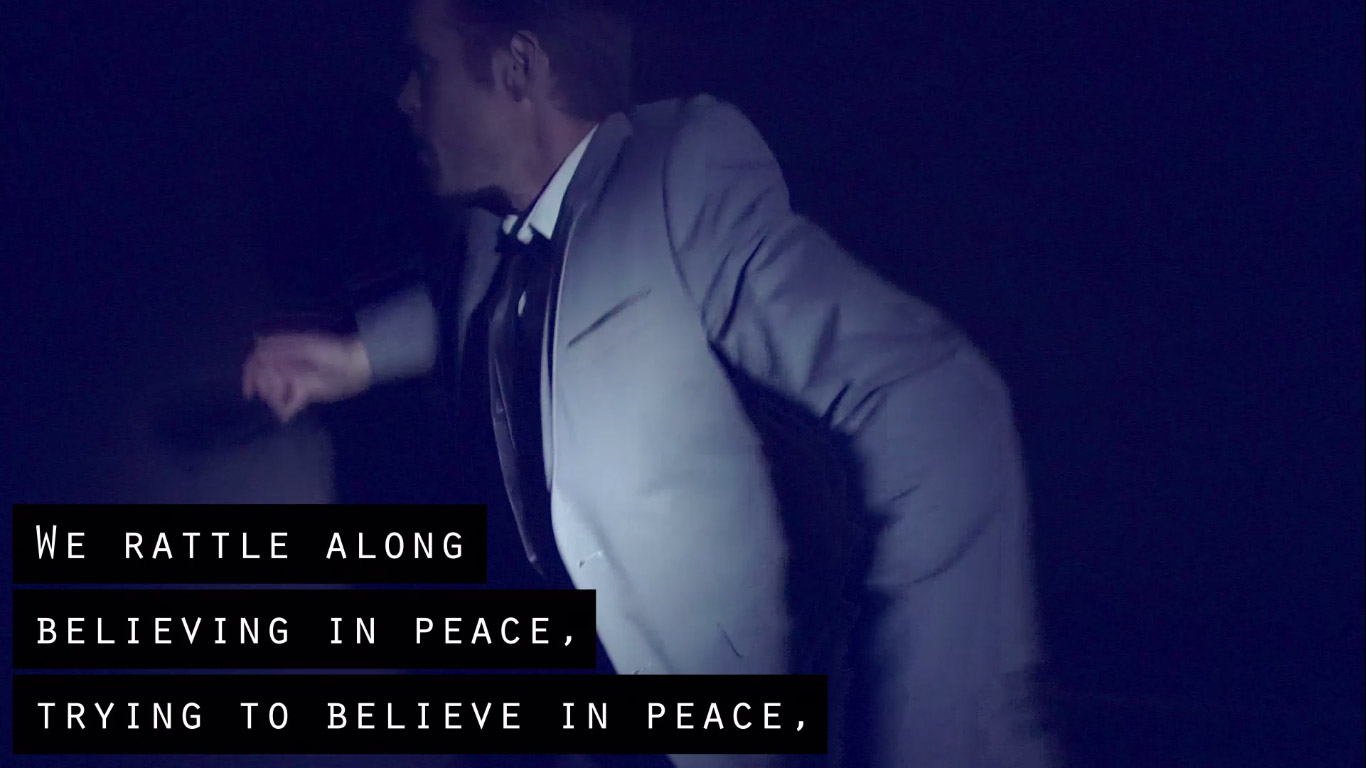 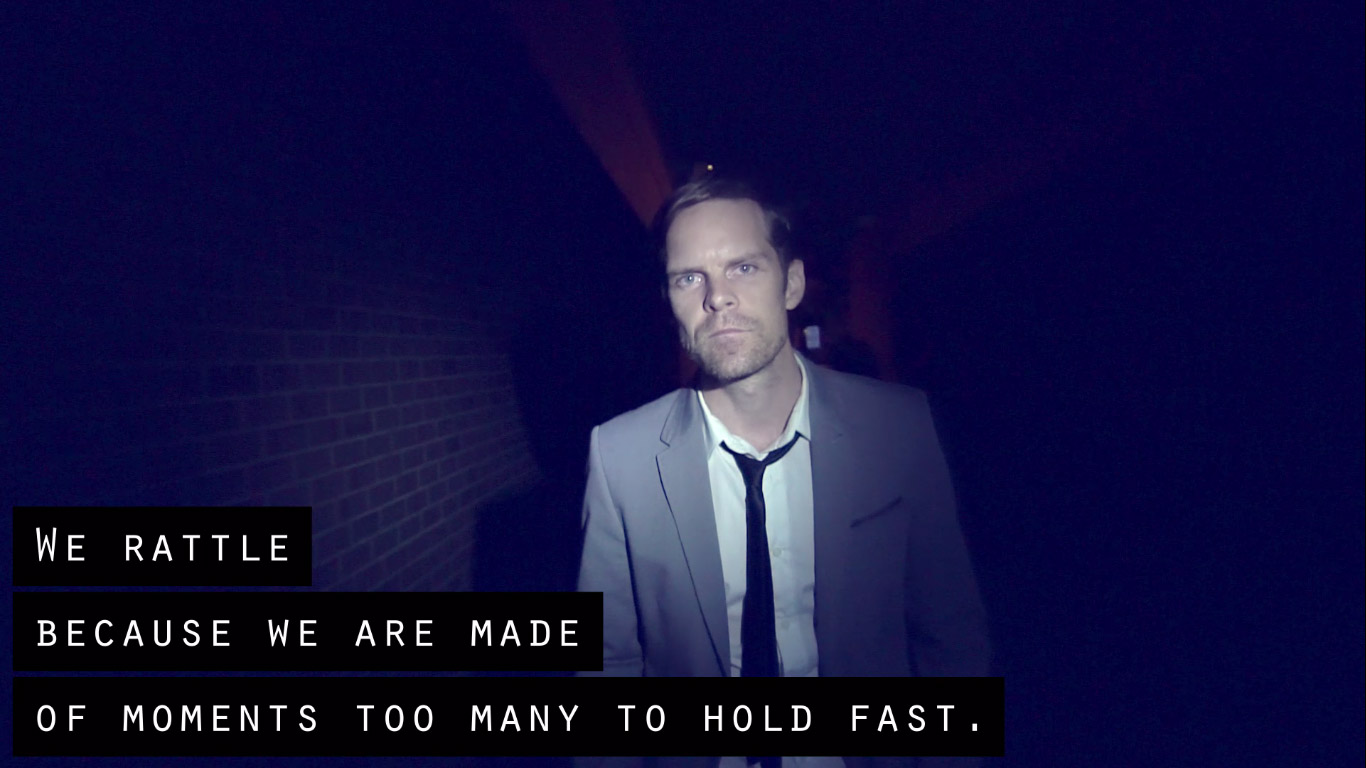 The poem ‘Rattle’ which my poetry film is based was written with my ‘Street Poetry’ process whereby I interact with the public who can request a spontaneous poem on a subject of their choice, in this case ‘Peace’ was the subject given. I then compose a poem directly onto a typewriter and read the finished poem to the participant.

I then used result to inspire ‘Rattle’ which is about maintaining empathy, tolerance and the elusive nature of peace. It’s about feeling connected and at times disconnected when we feel that the narratives that we are expected to live within are too simple too neat and too safe.

Australian Poet and Artist Mark Niehus combines his poetry with digital art, video and music to create outcomes that capture and expand the mood, rhythms and meaning of his writing. Always seeking to discover new ways to apply his experimental ethos to engage audiences and push the boundaries of his art, Mark’s work illuminates and transforms urban environments and internal spaces into captivating visual canvases and poetic soundscapes.

After spending years abroad, travelling, studying creative writing and working as a new media designer in London, Mark returned to Australia to publish his first book of poems in 2008 and to focus his artistic practice to create high quality artworks integrated with his writing. Over the last 10 years Mark has conceived and delivered an array of poetry films, projection art, street art, illustrations, installations and composed spontaneous poems for the public on his typewriter for Local Government, Arts organisations, festivals and numerous solo exhibitions.