Digital pavilion at The Wrong Biennale

During my experiments with cymatics, I’ve encountered a number of interesting, unusual, and hypnotic visual behaviors. The following is a continuous recording of early cymatics experiments that capture some of the chaotic, non-periodic behaviors that would emerge.

A continuous audio signal was sent to a speaker, and the vibrations from the audio affected a shallow dish of water attached to the center of the speaker cone. The visible forms are created by the reflection of light on the surface of the moving water. The audio in the video was later recorded and added. 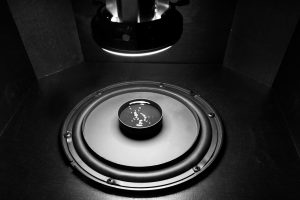 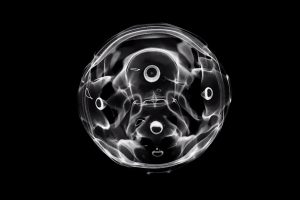 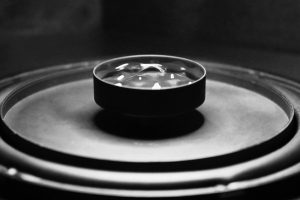 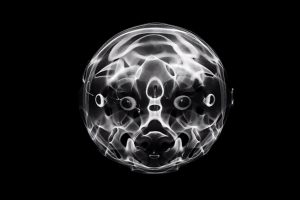 Synthestruct, aka Ginger Leigh, is an interactive and audiovisual experience designer combining love for coding, sensors, real-time data, science, and music to create multi-modal experiences, installations, and full-dome performances. She explores ways to connect with the real and imaginary worlds around us, using sensors and data to make these worlds experiential. She work on all aspects of a project, from concept to visual and audio design and programming the interactive elements and real-time behaviors. she has realized a wide range of projects, from public interactive experiences for festivals, science centers, galleries and museums, to live audiovisual performances, hosting workshops, organizing and curating events, dj and running an electronic club event, and talks on coding, bio-hacking, visualizing sound, and other topics.