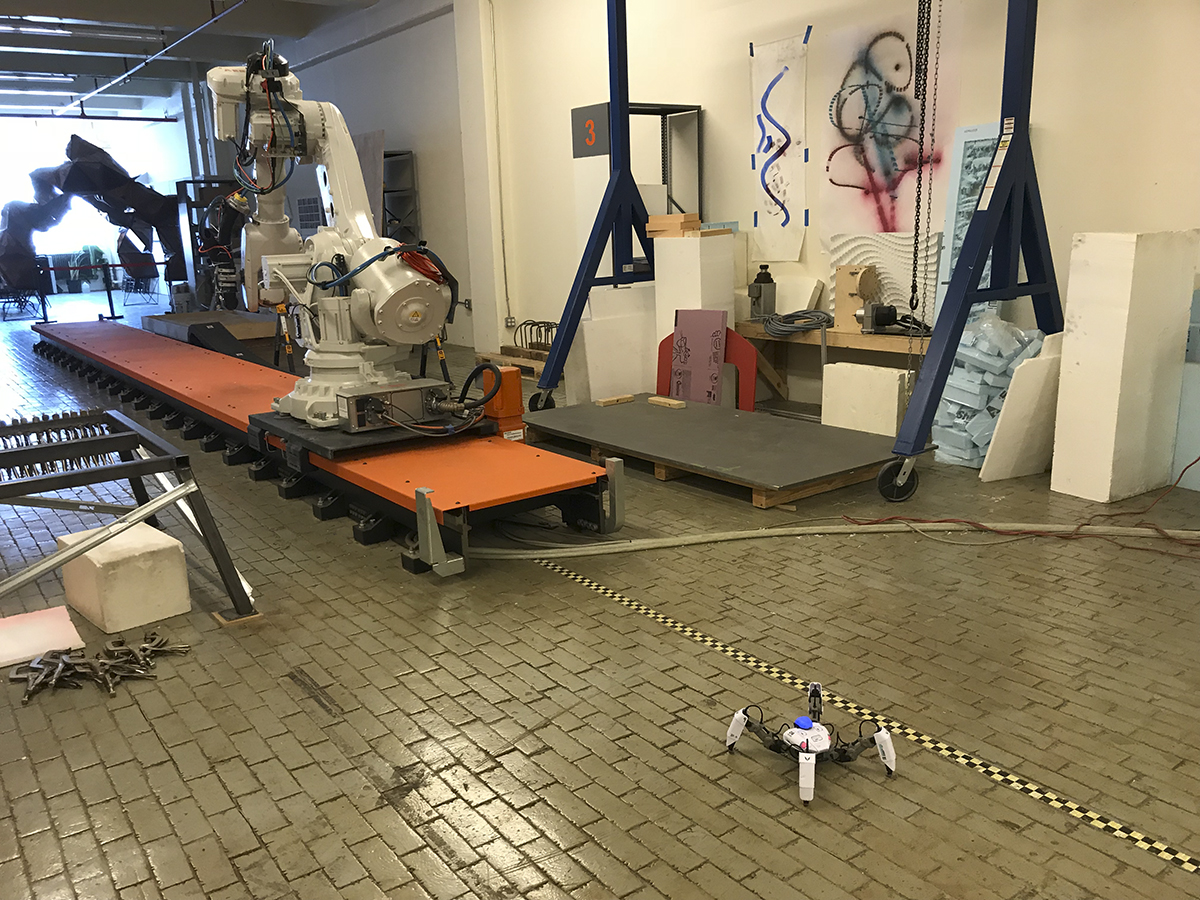 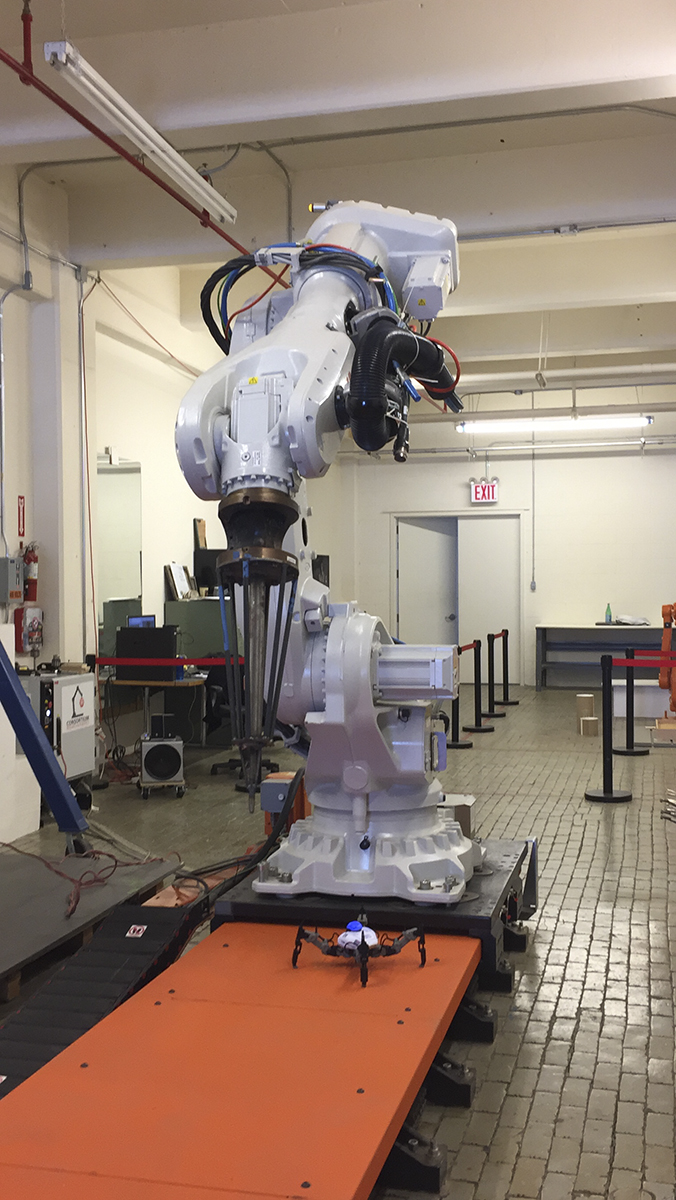 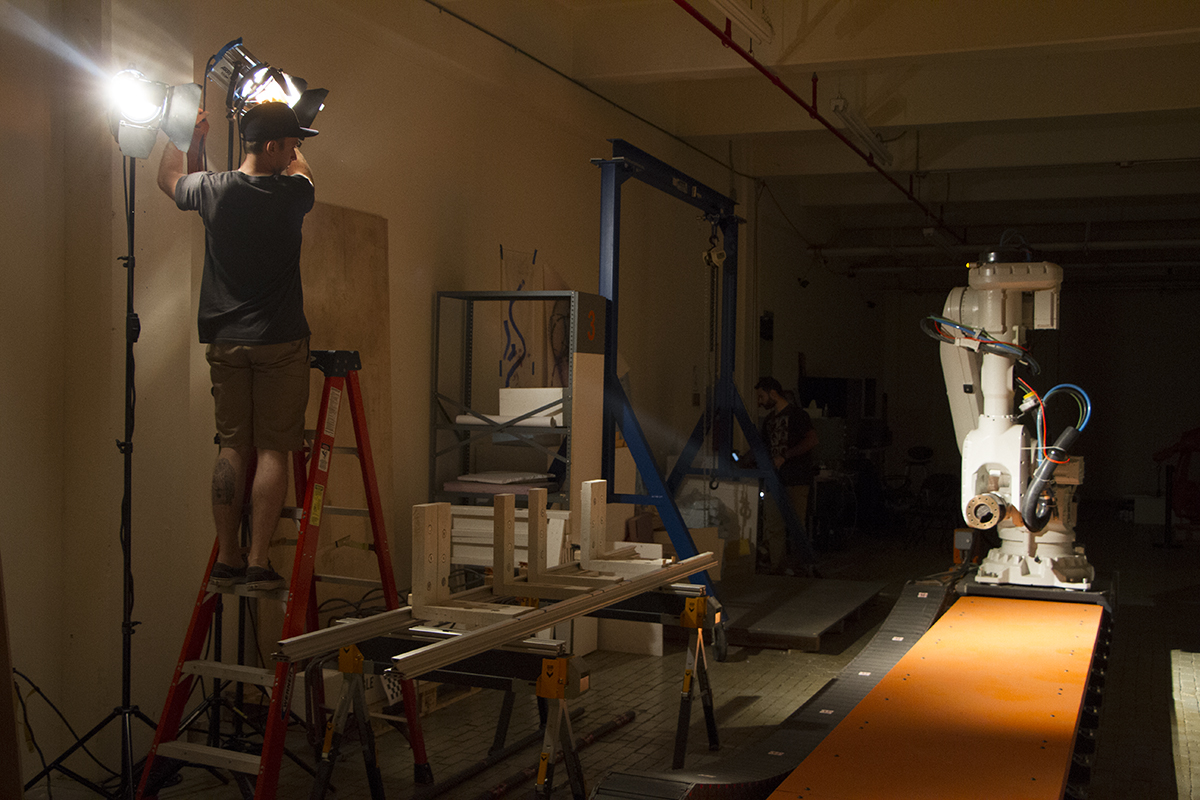 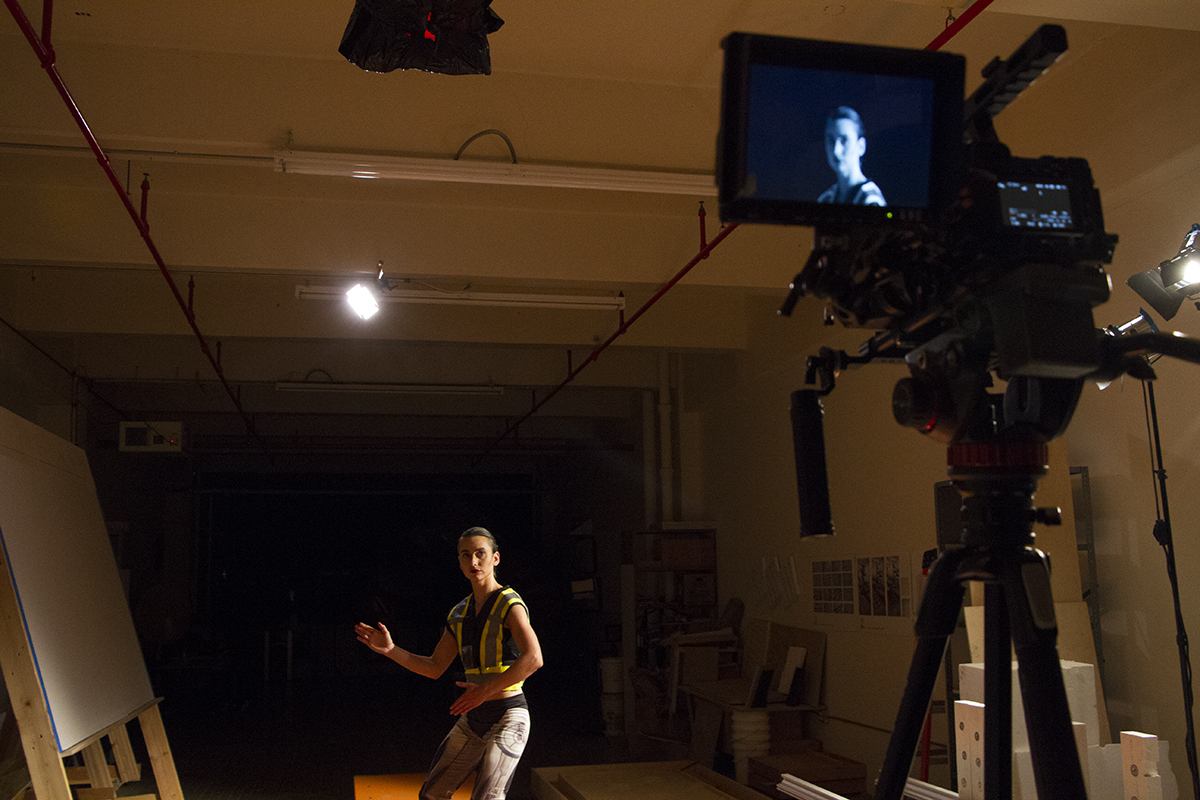 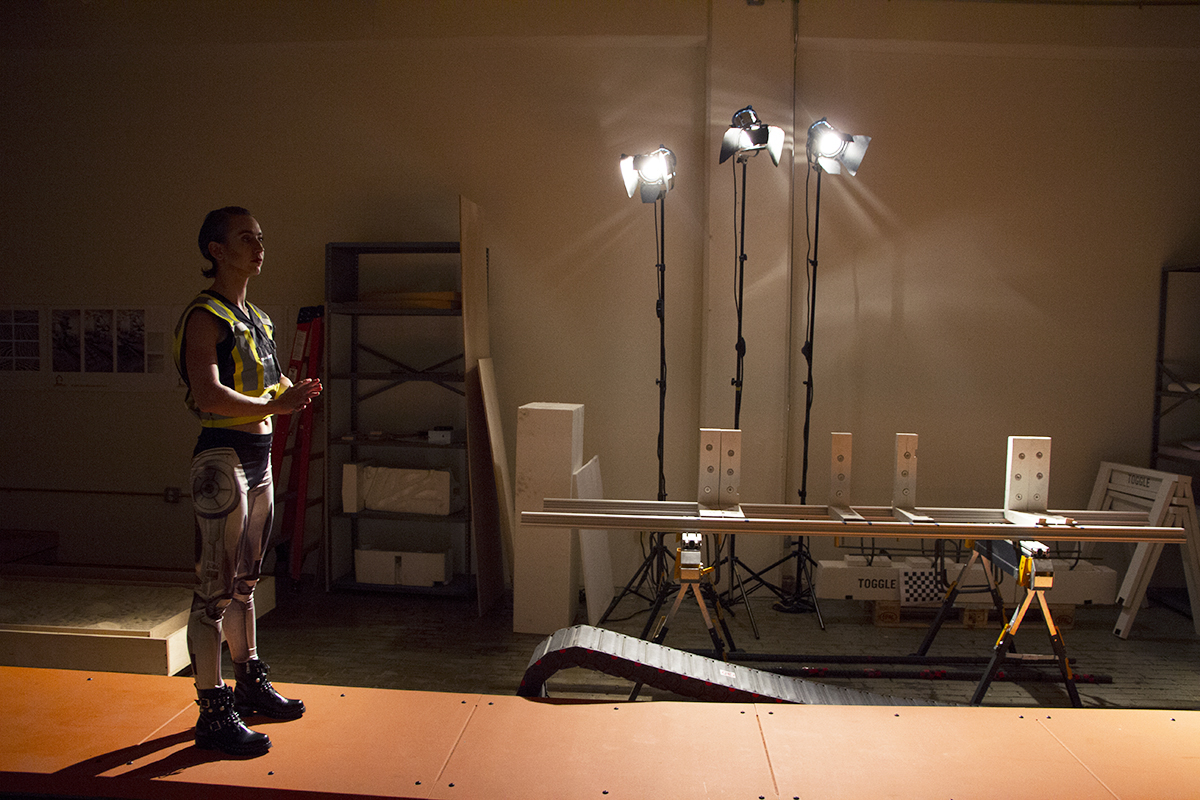 The Sentient Thespian is a story of a sentient robot for the fourth industrial revolution, longing to create company of its own kind. Inspired by Shakespeare’s A Midsummer Night’s Dream, THE SENTIENT THESPIAN portrays Puck, a highly articulate, non-humanoid”, sentient” robot, capable of expressing and comprehending human emotions through gestures. Puck attempts to create a transformative experience for a human and an industrial robotic arm, only to realize that the simulated emotion they appear to express does not in the least resemble the parallel complex emotion of sentient beings like himself.

Disappointed that it has failed to make a significant change in his two fellow thespians, Puck walks off, anxious and lonely. Except for a brief break in the fourth wall, the film is styled reminiscent of original silent, black and white films, where man and machine battle the pros and cons of the leap from an agricultural to a mechanical age, and now, to the fourth industrial revolution. The sentient thespian interpolates that struggle to the current dawn of a new post-industrial age where gesture and motion have become a unique type of language replacing speech where the spoken word has become a vehicle only for lies.

Adrianne Wortzel’s work manifests in both physical and networked environments as telerobotic dramas, videos, writings and drawings.  These works portray through fictive and dramatic scenarios, stories and scripts, aspects of how humans relate to machines.  They are concerned with the arc of technological advances as they emerge, become pervasive, spawn the next invention and become obsolete  in themselves, becoming more detritus to occupy earth and space. Her work engages a palimpsest of technologies layered over environments in which they have developed. By juxtaposing a past reality with the present, and extolling both the beauty and the beastliness of invention, her work engages in a narrative of the human condition by framing individual moments in the limelight of the impact of technological invention over time.
Works are often created in collaboration with research scientists and engineers both in the US and abroad. Her productions always employ narratives nascent to technological research, examining their methodologies to amplify the nature of creativity and intuition emerging from an armature of empirical knowledge. The content examines, or displays, through fictive and dramatic scenarios, stories and scripts, aspects of how humans relate to machines.
Her works have received financial and residency support from the National Science Foundation; The Dora Maar Foundation supported by the Houston Museum of Fine Arts and the Brown Foundation,  Eyebeam Art and Technology Center; The Whitney Museum of American Art, the Swiss Artists-in-Labs Program; the Artificial Intelligence Laboratory; University of Zurich; Franklin Furnace Fund for Performance Art,  the Greenwall Foundation; the New York State Council on the Arts; the Science and Art Research Collaborations in New Mexico for Los Alamos and Sandia National Laboratories, PSC-CUNY Research Foundation and the Robert Rauschenberg Foundation. Her writing and articles have been published in national and international publications.
Wortzel majored in Fine Art at Brooklyn College and graduated with Honors, she attended the former Brooklyn Museum Art School as a scholarship student in painting, sculpture and drawing and received her MFA in Computer Arts from the School of Visual Arts.
Wortzel is Professor Emeritus of Entertainment Technology and Emerging Media Technologies at New York City College of Technology, the senior technical college in the City University of New York (CUNY) system.