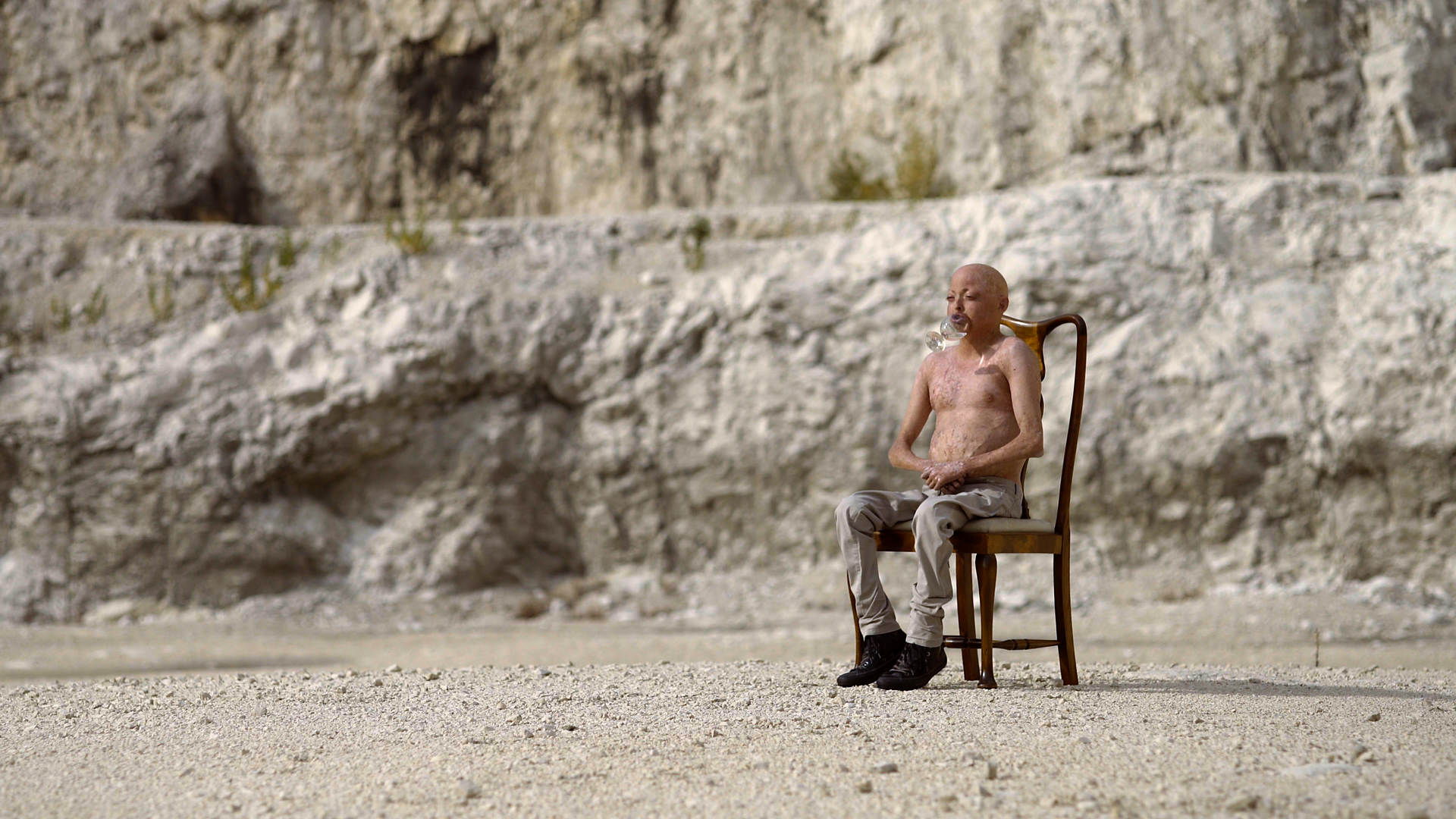 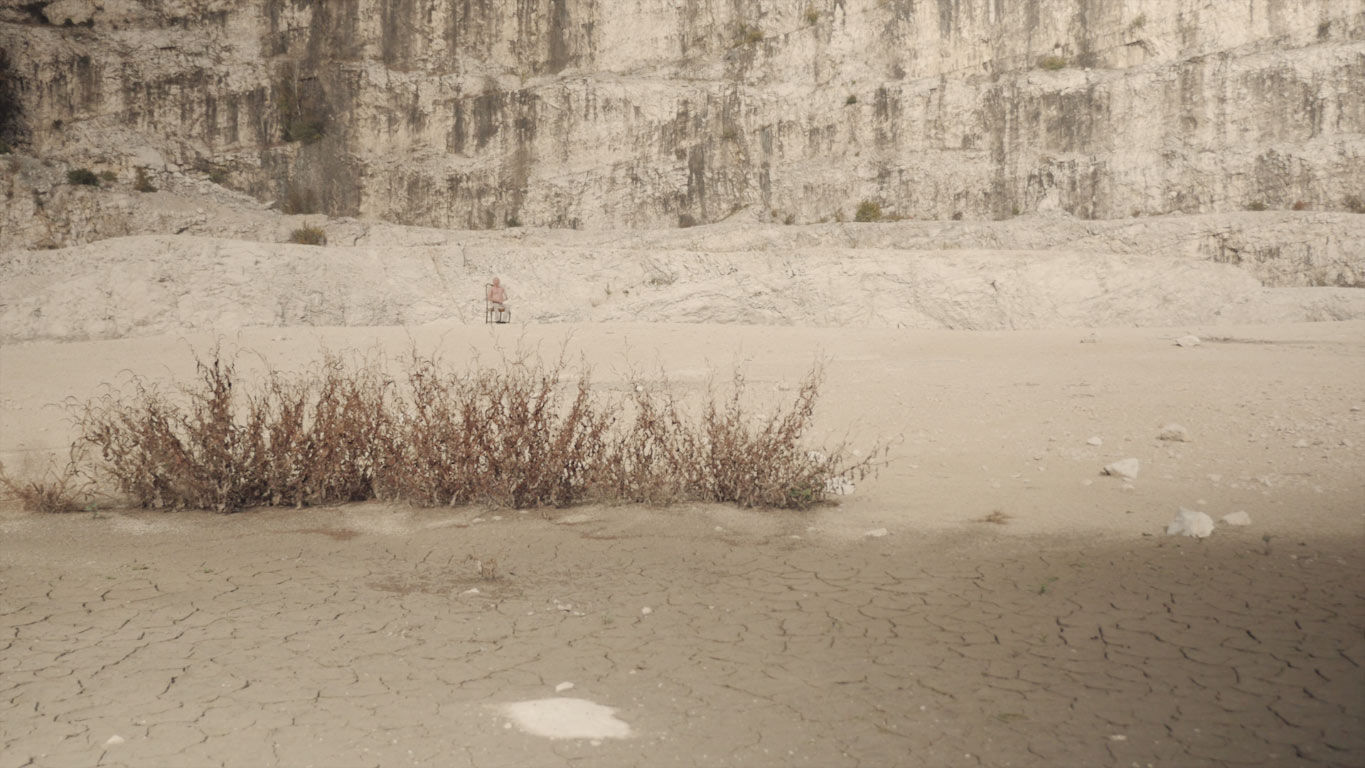 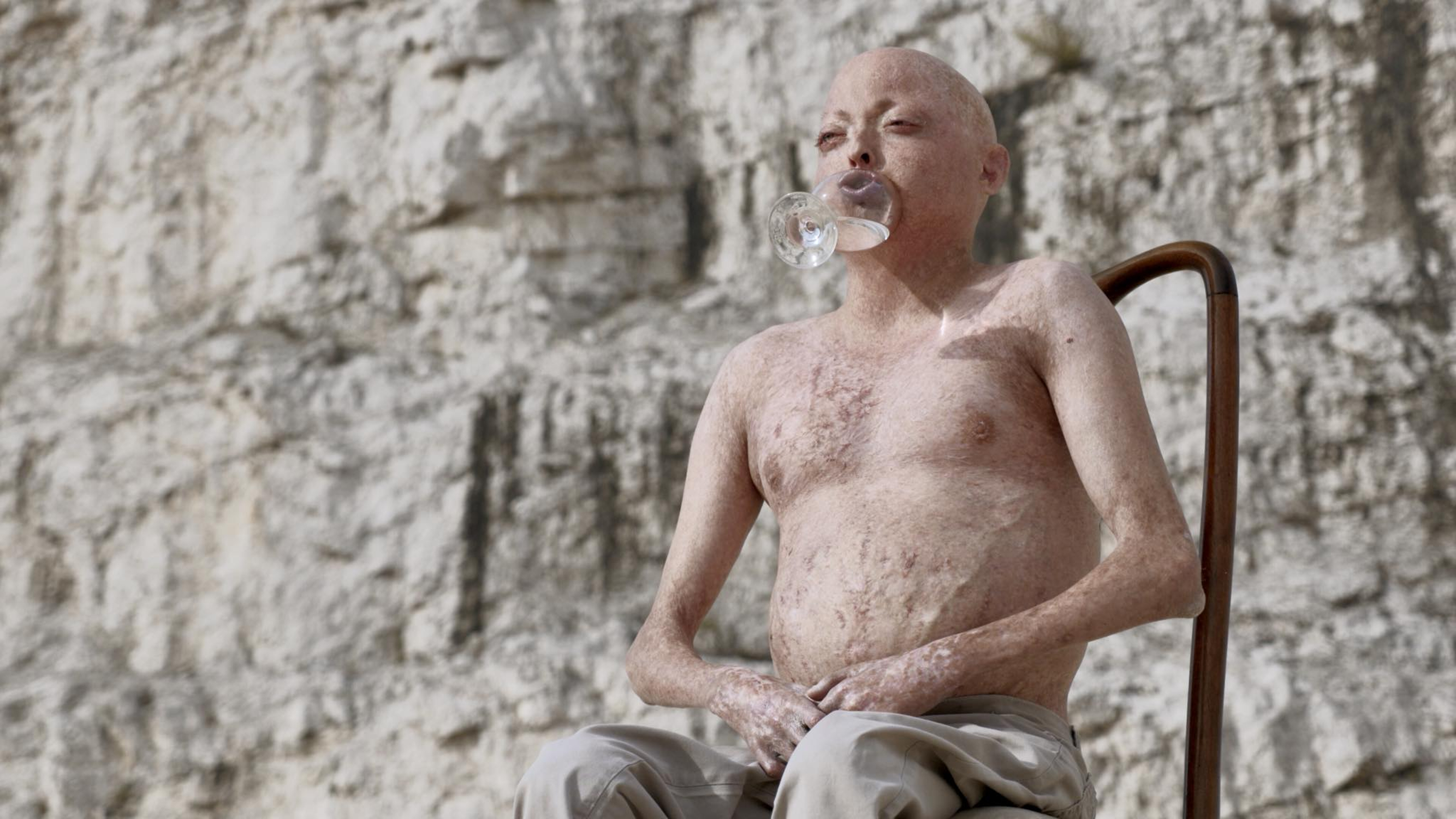 Overshoot day is a performance related to climate change set in a former quarry of marble and sand. The overshoor day is the day of the year when the blue planet’s resources end. At the center of the quarry I keep an oval glass, containing a drop of water, attached to my lips through the suction effect. Shirtless with 15 degrees I stand, I listen to the mountain and the wind keeping the glass raised only with mimic muscles for about an hour and a quarter.

Nicola Fornoni (1990 Brescia, IT) has dedicated himself to performance art since 2013. In 2019 he performed at the Grace Exhibition Space, curated by Erik Hokanson and Jill Mcdermid, New York (USA) and in the solo show Unlimited with the performance “The beginning” curated by Nabi Nara at the Soma Art Space in Berlin (DE). In 2018 he performed and exhibited in the solo show “Fuckdermia” at the Vaku project space, Bergamo. He exhibits at the 2018 LADA screen contest organized by Live Art Development Agency, London (UK). He exhibits at Startptelpa, Riga Performance Art Festival, Riga (LV) and PAS 2018 festival de performance art de Bogotà (CO).
In 2017 he performs at the 4th international performance art week end, Luisa Catucci Gallery, Berlin (DE); he exhibited in a video conference with Liveart at the Queen Museum in New York curated by Hector Canonge.

In 2016 he won the Adrenaline Award in the cat. Silver performance art, body art. His video works are screened and performed in performance art festivals and video festival screenings such as Tactile Bodies, curated by Nicolina Styilianou at Sensorium Space in Nicosia (CY), at the Venice International Performance Art Week curated by VestAndPage, Palazzo Mora, Venice ( IT), together with performers such as Marina Abramovic, Orlan, Franko B, Stelarc. He exhibited at EJECT V international video performance festival curated by Pancho Lopez, Laboratorio Arte Alameda, Mexico City (CDMX), at PAS 2016 curated by Fernando Pertuz, Bogotà (CO), performs at Corpo VII edited by Sibilla Panerai and Ivan D’Alberto, Spazio Matta, Pescara (IT), and in many other cities like Rome, Anzio, Milan, Ferrara, Jakarta; Belo Horizonte, Braunshweig, Turin, Paris. He worked with Kyrahm international artist in his performance Ecce (H) omo, Guerrieri.